Home > Blog > Cracks in your property

Cracks in your property 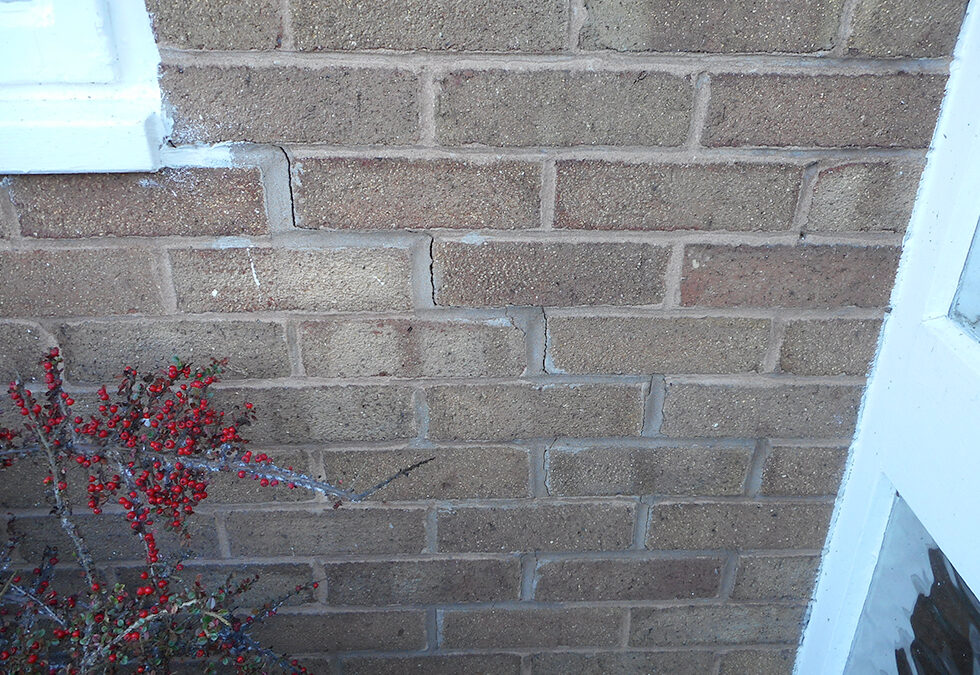 Depending on where you live a colloquial term for “fun, entertainment and conversation” is ‘crack’. It often turns up in writing from Northern England and Scotland such as Walter Scott and Robbie Burns. I know someone will be saying it should be ‘craic’ but this gaelicised spelling that has been absorbed into everyday use gained popularity in the 1960’s following its use in an advertisement in the Irish newspaper Connacht Sentinel; “ceol agus craic”, you may have seen this outside many ‘Irish’ pubs; it means “music and fun”.​

But I have digressed, back to cracks. Whilst you may not think of cracks as being fun and entertaining, I’m going to go out on a limb here, they certainly can be interesting.

One thing that cannot be disputed is that cracks in our homes or properties are a cause of concern; structures move for a variety of reasons. 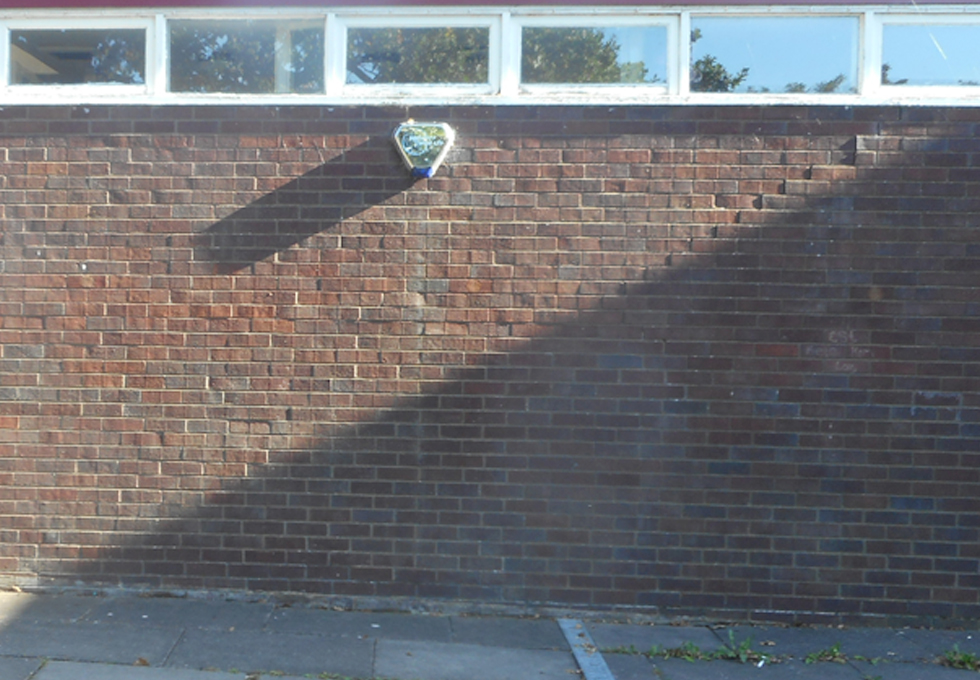 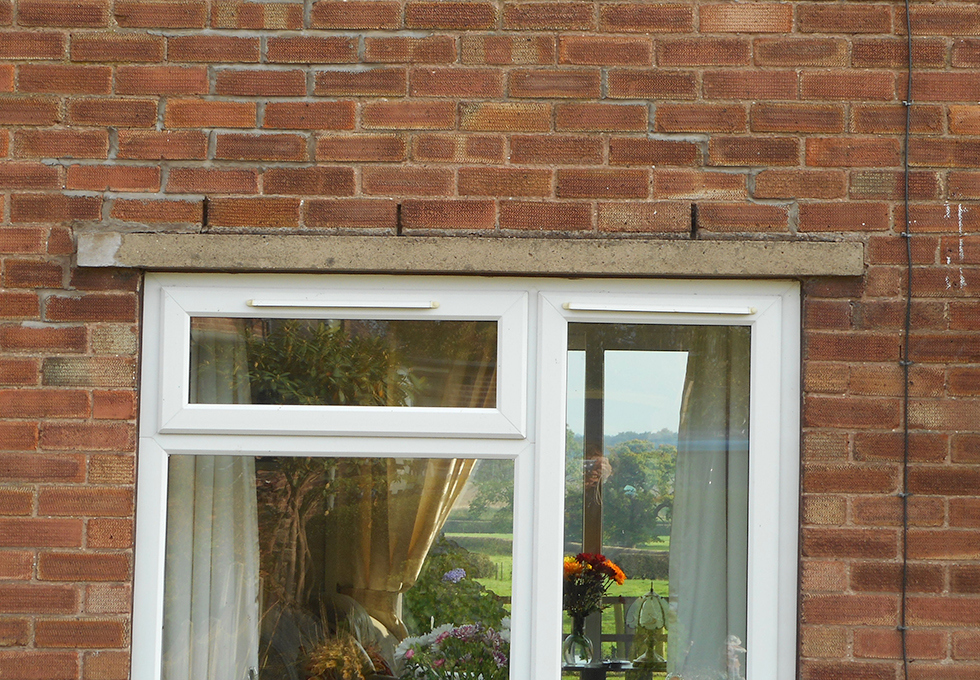 Often we see cracks over windows to doors, but as we like to call them structural openings. Historically window and door frames were installed into buildings as the masonry progressed and brick arch lintels or concrete lintels in post war housing were used over the frame to provide additional support. In these cases the window frames also supported the masonry above. It was not until recently that lintels were used over windows to fully support the masonry over and allow windows to be inserted when the masonry works were completed. This allows for easy window replacement also. The cracking we see over windows and doors usually is in older properties when windows have been replaced. Unfortunately, not all window installers in the past checked that the existing lintels were adequate and remedial works are then required.

Stepped diagonal cracking is typical of foundation movement, the width, pattern and position of the cracks allow the engineer to determine the likely cause of cracking. Sometimes, further investigation to prove ground conditions are required. Depending upon the foundation types and the cause of failure other cracks can also appear such as horizontal or vertical cracks.

Decay of materials in properties can also lead to cracking and if left unchecked over a long period of time can lead to failure.

The level of damage in the images below was caused by decay to floor joists that the walls were built off. 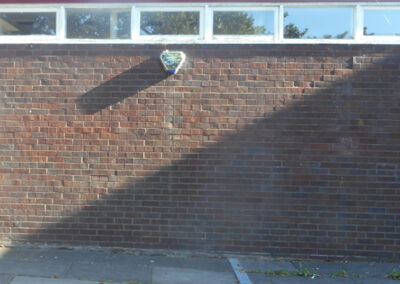 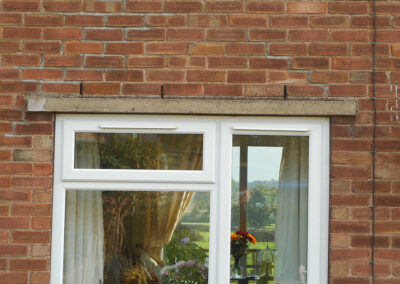 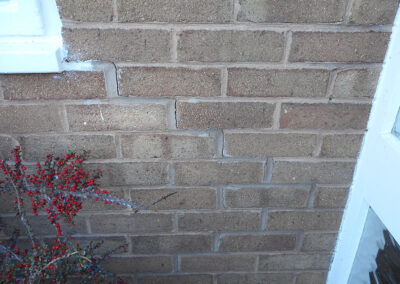 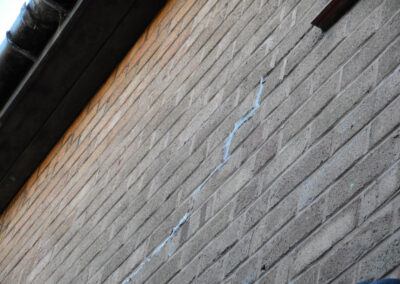 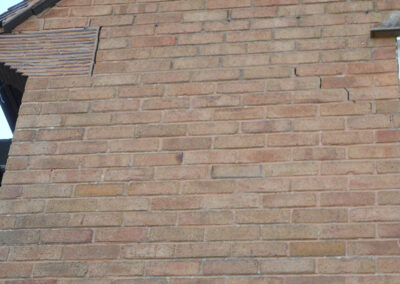 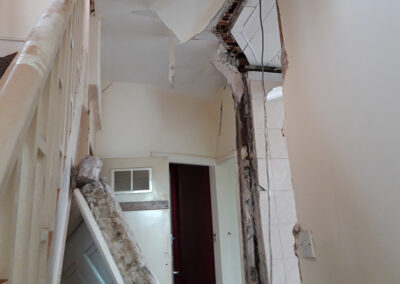 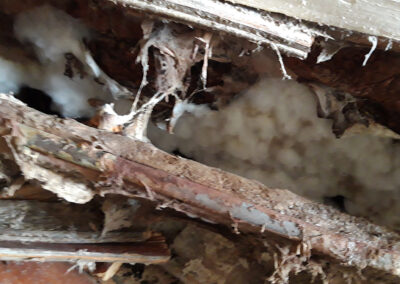 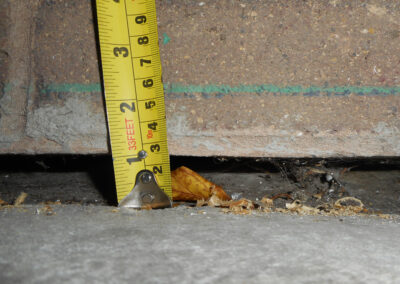 If you are concerned about any cracks in your property, please do not hesitate to contact one of our offices. As you can see we love having the craic about cracks.